Common manual valves, including ball valve, gate valve, globe valve, butterfly valve, plug valve, etc., are the most widely used valves. Their handwheels or handles are designed according to ordinary manpower, taking into account the strength of the sealing surface and the required closing force. 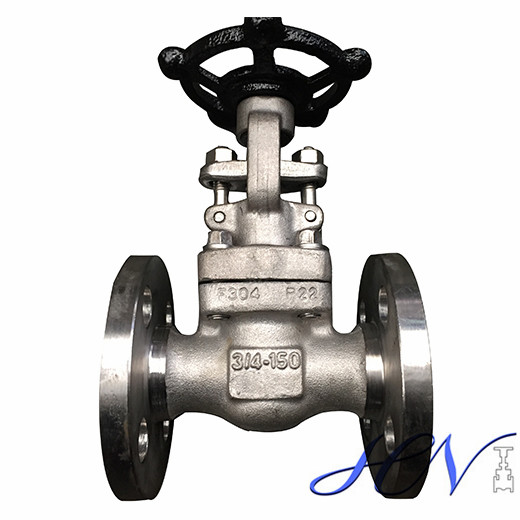 1.Tips before opening and closing the valves,

2. The instruction for valve normally open,

3. Precautions of the manual valves.

Tips before opening and closing the valve

When opening and closing the valve, the force should be smooth and avoid impact. Some components of the high pressure valve that are opened and closed by impact have been considered that this impact force is not equivalent to a general valve.

For steam valves, pre-heating should be carried out before opening, and condensed water should be removed. When opening, it should be as slow as possible to avoid water hammer. When the valve is fully open, the handwheel should be reversed a little to make the threads tightly to avoid loose damage.

For the open rod valve, remember to position the valve stem when fully open and fully closed, to avoid hitting the dead point when fully open, and to check whether it is work as normal when fully closed. If the disc is detached or a large impurity is embedded between the plug seals, the position of the stem will change when fully closed. The normal bellows globe valve is in the form of a dark rod and a positioning block is provided, which does not occur.

The instruction for valve normally open

When the pipeline is used initially, there are many internal debris. The steam pipeline must be rinsed clean, then the valve is slightly opened, and the high-speed flow of the medium is used to wash it away, and then gently closed (can not be closed quickly, violently closed, Prevent the residual impurities from pinching the sealing surface), and then turn it on again. Repeat this many times to clean up the debris and put it into normal operation.

If the valve is normally open, there may be debris on the sealing surface. When it is closed, it should be washed away by the above method, and then closed. If the handwheel or handle is damaged or lost, it should be immediately equipped. It should not be replaced by a movable wrench to avoid damage to the valve stem and the opening and closing is not working, resulting in an accident in production.

When operating, if you find that the operation is too laborious, you should analyze the cause. If the packing is too tight, it can be properly relaxed. If the valve stem is skewed, the person should be notified to repair it. In some valves, when the valve is closed, the closing part is heated and expanded, which makes opening difficult. If it must be opened at this time, the bonnet thread can be loosened half a turn to   eliminate the stem stress, and then the hand wheel is pulled.

Precautions of the manual valves

1. The high temperature valve above 200 °C is at normal temperature during installation, and after normal use, the temperature rises, the bolt expands and the gap increases, so it must be tightened again, called “heat tight”. The operator should pay attention to this work. Otherwise, it is easy to leak.

2. When the weather is cold and freezing, especially the outdoor valve should remove the water from the pipeline and the valve to prevent freezing of the pipeline.

3, non-metallic valves, some are hard and brittle, and some have low strength. When operating, the opening and closing force should not be too large, especially not to make it strong. Also pay attention to avoiding object bumps.

4. When the new valve is used, the packing should not be pressed too tightly, so as not to leak, so as to avoid the valve stem being pressed too much, speeding up the wear, and it is difficult to open and close.

For the conditions that need to adjust the opening height to simply control the flow’s pressure or temperature. For example, the front-end pipe stop valve of the equipment using direct steam often needs manual regulate the flow, such as the granulator and puffing machine modulator in the feed industry, the steaming off-line in the grain and oil industry, the quenching tower, the stripper, and the deodorization tower.