How does a trunnion mounted ball valve work? 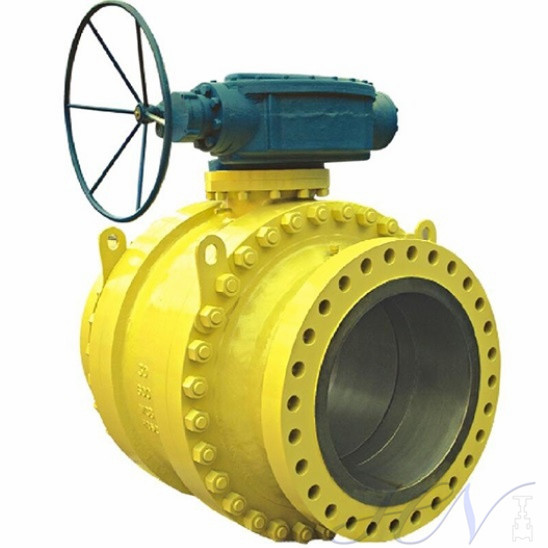 The working principle of the trunnion ball valve installed during the opening process:

1. In the closed position, the ball is pressed by the mechanical pressure of the valve stem and pressed against the valve seat.

2. When the handwheel is turned counter clockwise, the valve stem moves in the opposite direction, and the bottom angular plane causes the ball to disengage from the valve seat.

3. The valve stem continues to lift and interacts with the guide pin in the screw groove of the valve stem, causing the ball to start rotating without friction.

The trunnion mounted ball valve disposed between the ball valve joint and the spherical valve core, and the valve seat sleeve is provided with a sealing structure, and a butterfly spring is disposed between the valve seat sleeve and the valve body. The valve stem and the handle are connected by a set screw that is threaded into the handle. Compared with the prior art, the present invention has the advantages of reasonable design, firm structure and high sealing performance, which can effectively reduce the operating torque and prolong the service life.

The fluid resistance is small, and its resistance coefficient is equal to the pipe length of the same length. The structure is simple, small in size and light in weight.It is close and reliable. At present, the sealing surface material of the ball valve is more commonly used in plastics and has good sealing performance. It has also been used more frequently in vacuum systems.

Wide range of applications, from small to a few millimeters, up to a few meters, from high vacuum to high pressure can be applied. When the ball is rotated 90 degrees, all the spheres should appear at the entrance and exit.

The industrial ball valve is mainly used in the pipeline to cut, distribute and change the flow direction of the medium. Ball valves are a new type of industrial valve that has been used more and more in recent years.