Several companies have evaluated current industry standards and have crafted testing protocols specific to their application requirements. However, as the industry moves forward, end users and valve manufacturers should consider using a standard that best fits their needs. 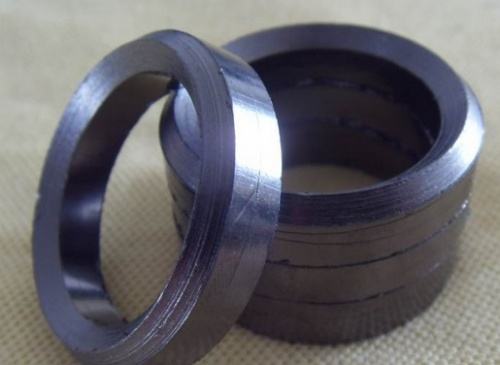 The International Standards Organization (ISO) developed EN-ISO 15848-1 and 2. This two-part standard used information from a wide range of industry sources. The standard incorporates the testing of commodity valves as well as control valves. Industrial valves—measurement, test and qualification procedures for testing fugitive emissions of industrial valves are described. Part 1 addresses a classification system and qualification procedures for type testing of valves, while part 2 covers production acceptance testing of valves.

Included in part 1 is the testing of completely assembled valves using vacuum, flushing or sniffing (EPA Method 21), depending on which annex is used and the type and class of the valve. The standard uses helium or methane as the test fluid and only permits one adjustment to the valve packing every performance cycle. Valves are typically tested vertically with horizontal as an option, with cycling rates based on the type of valve: isolating or control. Stem packing leakage is categorized in so called Tightness classes, A, B and C, for both helium and methane.

The difference between the leakage of helium and methane is not correlated. Tightness class A is the most stringent qualification and should not exceed a leakrate of 10-6 mg/(s*m) during the complete test. For Class B the rate is 10-4 mg/(s*m) and for class C 10-2 mg/(s*m). The numbers of mechanical cycles are described as endurances classes.

Last but by no means least the total leakage from the body seals may not exceed 50 ppmv. The above all relate to the current issue of the standard, but a revision is currently taking place and it is expected that the revised standard should be released during the first quarter of 2015. The major changes anticipated are the replacement of the flushing method with two alternative bagging methods, and Class A leakage has sensibly been revised to be 10-5 mg/(s*m) When methane is used as a test gas for the testing of the packing limits are specified in ppm (Class A ≤ 50ppm, Class B ≤ 100ppm and Class C ≤ 500ppm).

This acceptance test defines a method for evaluating valves at the manufacturer's site of valves which are already tested in part 1. The procedure gives direction to the manufacturer and purchaser as to the required percentage of valves to be tested per production lot. It also identifies helium as the only permitted gas and provides a specification of 6 bar internal pressure. It is a room temperature test that requires that the valve should be operated half open and then fully closed, leak checked and then cycled fully for five cycles with a final check for leakage at half open. Whether the valve passes is based on the required leak limits for the categories in ISO 15848-1 but with sniffing as the method of taking the readings.

API developed Standard API 622 in response to the needs of the petroleum and chemical industries. The first edition of API 622 was designed to test fugitive emissions of valve packing, but it also allowed the valve company or packing manufacturer to test a complete valve. The standard has undergone revision, and the second edition was published in 2011. The new edition eliminated the use of a standard valve and now requires the test facility to use a test device or rig that is designed to simulate a 4–inch, Class 300 rising or rising-rotating stem valve. The test requires five thermal cycles from ambient temperature to +260°C (500°F) with 1,510 mechanical cycles, using methane as the test gas. Each set of ambient and thermal cycles is divided into 300 cycles per day and a final 10 cycles where the final leakage measurement is taken.

Another key component of the standard's improvement was the introduction of an oxidation test of the flexible graphite packing material. This test specifies a limit of 15 percent oxidation during the 24-hour test and follows the procedure in Standard FSA-G-604-07, Method B. Other parts of the second edition cover ambient and elevated temperature corrosion, along with packing material composition and property evaluations. The leakage limit of the test is 500 parts per million (ppm) with a limit of one adjustment. This standard is due for revision in late 2016.

The new standard is API 624: Type Testing of Rising Stem Valves Equipped with Flexible Graphite Packing for Fugitive Emissions. With the removal of assembled valves from the second edition of API 622, API has decided to develop a new standard to cover rotating and rising-rotating stem valves. The standard uses EPA Method 21 as a basis for the evaluation of fugitive emissions, with the leakage limit set at 100 ppm methane. It requires that the tested valve packing be previously tested according to API 622 and be suitable for use at service temperatures -29°C to +538°C (-20°F to 1000°F). The document requires that the valve be selected for testing by a test lab or end user.

For valves not in stock, the manufacturer must certify that the test valve was not modified in any way to meet type test requirements and is a typical representation of the manufacturer’s stock product. The preferred stem orientation is horizontal as it is seen that this will provide for additional load on the stem seal. The test procedure requires 310 mechanical cycles and three thermal cycles to 260°C (500 °F). The testing covers both API 600 and API 602 valves, for the full size range. As with ISO 15848-1, the valve is required to be disassembled after testing. The sealing materials must be photographed and the valve components evaluated. Any change of packing manufacturer, type or model of packing or changes to the valve design that affect sealing performance requires valve retesting.

In Germany TA-Luft (Technische Anleitung zur Reinhaltung der Luft, Technical Guidelines for Air Pollution Control) is applicable. TALuft only gives guidelines for compliance with permissible leakage limits and refers to other regulations for specific situations. For shut-off and regulating valves VDI 2440 guideline has to be met, this guideline refers to the use of high quality metallic sealing bellows with a downstream safety gland packing or equivalent gasket sealing system. VDI 2440 describes the helium testing procedure to measure and certify static and dynamic leakage values. Specific leakage rate limits for these seals are stated in VDI 2440.

These leak rates must be maintained permanently.