Plug valves are best suited for use as a globe and closing medium as well as for shutting, but can sometimes be used for throttling depending on the nature of the application and the erosion resistance of the sealing surface. 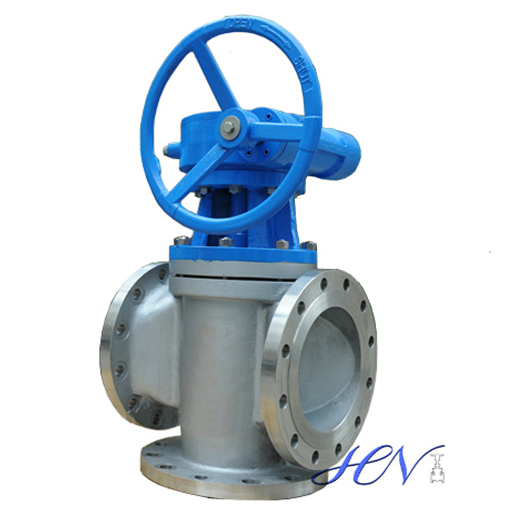 Plug valve is also commonly used for media with suspended particles due to the wiping action between the sealing surfaces of the plug valve and the complete contact with the flowing medium during the full opening.

Another important feature of the plug valve is that it is easy to accommodate multi-channel construction so that one valve can achieve two, three, or even four different flow paths. This simplifies the piping system design, reduces valve usage, and some of the connection accessories needed in the equipment.

Plug valve's advantages: Face seal structure, sealing performance is better than other valves, no cavity inside will not accumulate materials. For easy-to-crystal materials such as urea, phthalic anhydride, etc., it is the first choice, can be repaired online, because the disc is plug-shaped, the inner bolt only need to tighten the top bolt. Also suitable for strong corrosive media or highly toxic media.

The plug valve is the valve type with the largest sealing area in the valve. The main advantages are: no cavity and dead angle, especially suitable for mediums with easy polymerization or solid particle solution, such as PVC, nylon, catalyst liquid, polymerization intermediate, urea, Asphalt and other media; good sealing performance, sealing can be maintained at VI level for a long time, suitable for flammable, explosive and highly toxic medium such as phosgene, acetylene, pure ketone, HF, chlorine. The disadvantage is that the price is higher than the soft seated ball valve and the torque is larger.

Globe valve: one of the common shut-off valves, the opening and closing torque is small, the metal seal and the adjustment performance are good, but at the same time, there are also shortcomings such as uneven flow path, many dead angles and small circulation capacity.