How to choose the right industrial ball valve

Ball valves were introduced in the 1950s. The industrial ball valve is a kind of industrial valves. With the rapid development of science and technology, the continuous improvement of production technology and product structure has rapidly developed into a major valve category in just 40 years. In countries with developed industries in the West, the use of ball valves is increasing year by year. Industrial Ball valve is the opening and closing part(ball) driven by the valve stem and rotates around the axis of the industrial valve. It can also be used for fluid regulation and control. 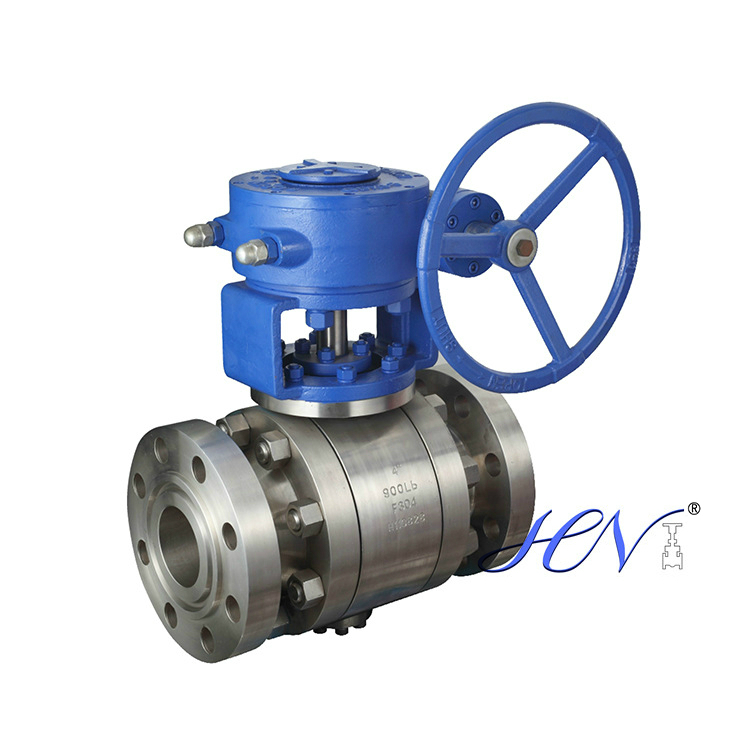 A. Types of industrial ball valves

It consists of a valve consisting of a crank arm and a float ball that can be used to automatically control the level of the water tower or pool. The utility model has the advantages of simple maintenance, flexibility and durability, high liquid level control accuracy, water level interference from water pressure, and tight opening and closing without water leakage.

It belongs to the fixed ball valve and is also a single seat sealing ball valve. The adjustment performance is the best in the ball valve. The flow characteristic is equal percentage, and the adjustable ratio is up to 100:1. It has a shearing action between the V-shaped slit and the metal seat, and is especially suitable for media containing fibers, tiny solid particles, and slurry.

It has T and L types. The T-shape enables three orthogonal pipes to communicate with each other and cut off the third channel to function as a split and merge. The L 3-way ball valve type can only connect two pipes that are orthogonal to each other, and can not keep the third pipe connected to each other at the same time, only to distribute.

It only needs to be rotated 90 degrees and a small turning torque to close tightly. The fully equal valve body cavity provides a small, straight-through flow path for the medium. It can be used to control the flow of various types of fluids such as air, water, steam, various corrosive media, mud, oil, liquid metal and radioactive media.

The opening and closing member (sphere) is driven by the valve stem and rotates around the axis of the valve stem. It is mainly used to cut off or turn on the medium in the pipeline, and can also be used for fluid regulation and control. The hard seal V-shaped ball valve has a strong shear between the V-shaped ball core and the metal valve seat of the hardfacing alloy. Shear force, especially suitable for media containing fibers, tiny solid particles.

The principle of operation is to rotate the valve stem to make the valve clear or occluded. It can be full-bore ball valve, 90°C angle, ball valve switch is light, small in size, can be made into large diameter, reliable in sealing, simple in structure, convenient in maintenance, sealing surface and spherical surface are often closed, not easily eroded by medium, in various industries. Get a wide range of applications.

It is a ball valve with a pneumatic actuator

B. What are the industrial ball valves used for

The industrial ball valves are mainly used to cut off, distribute and change the flow direction of media in pipelines.

—  It can be used in petroleum, chemical, metallurgical and other sectors, but in the use of flammable, explosive media equipment and pipeline systems, attention should be paid to fire resistance and fire prevention.

(5) Select according to the driving method. The ball valve drive mode usually has manual, worm gear drive, pneumatic, electric, hydraulic, gas-liquid linkage, electro-hydraulic linkage, etc., according to their own needs.

Industrial ball valves are widely used in petroleum refining, long-distance pipelines, chemical, paper, water conservancy, electric power, municipal, steel and other industries. It is mainly used in the pipeline to cut, distribute and change the flow direction of the medium. It only needs to be rotated 90 degrees and the torque can be closed tightly. Therefore, the application range of it is very wide, and the usage rate of the industrial ball valve is also constantly increasing.