The ball may cause internal leakage,this may happened because of many reasons,so it's necessary to check and find the reasons and solve it immediately,now we check and following methods.The reason for the internal leakage of the industrial ball valve

l  Reasons for leakage inside the ball valve during construction

l  Reasons for leakage inside the ball valve during operation 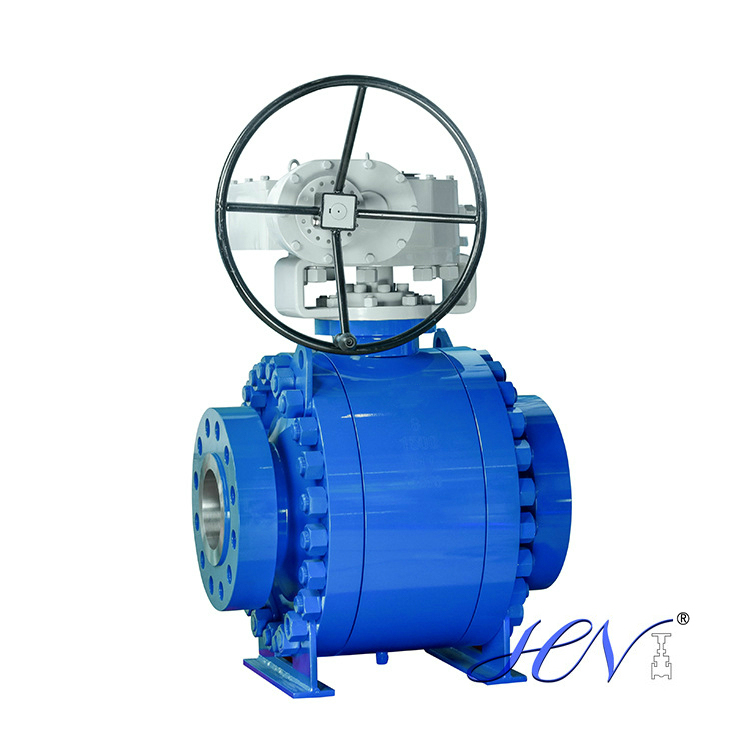 Reasons for leakage inside the ball valve during construction:

1.Improper transportation and hoisting cause the overall damage of the valve and cause leakage inside the valve;

2.When leaving the factory, the valve is not dried and treated with anti-corrosion after the water pressure is finished, causing the sealing surface to rust and form an internal leak;

3.The construction site protection is not in place, no blind plates are installed at both ends of the valve, and impurities such as rainwater and sand enter the valve seat, causing leakage;

5.The industrial valves are not installed in the full open position, causing damage to the ball. If the valve is not in the full open position during welding, the welding spatter will cause the ball to be damaged. When the ball with the welding spatter is in the switch, the seat will be damaged. , resulting in an internal leak;

6.Welding residue and other construction residues cause sealing surface scratches;

7.The leakage is inaccurate when the factory or installation limit is inaccurate. If the valve stem drive sleeve or other accessories are misaligned with the assembly angle, the valve will leak.

Reasons forleakage inside the ball valve during operation:

1.The most common reason is that the operation manager considers that the expensive maintenance cost does not maintain the valve, or the lack of scientific valve management and maintenance methods does not prevent the valve from being maintained, causing the equipment to fail in advance;

2.Improper operation or failure to maintain according to the maintenance procedures caused by internal leakage;

5.Long-term maintenance or inactivity of the valve, causing the valve seat and the ball to lock, causing seal damage when opening and closing the valve to form an internal leak;

6.The valve switch is not in place to cause internal leakage. Any ball valve that is tilted or tilted by 2° to 3° may cause leakage.

7.Many large-caliber ball valves have large stem stoppers. If they are used for a long time, rust, dust, paint and other debris will accumulate between the stem and the stem stopper due to corrosion and other causes. These debris will cause the valve. Cannot be rotated into place and cause leakage - if the valve is buried, the extended stem will create and drop more rust and impurities that prevent the ball from rotating into position, causing the valve to leak;

8.The general actuator is also limited. If the corrosion is caused for a long time, the grease hardening or the limit bolt loosening will make the limit inaccurate and cause internal leakage;

9.The position of the electric actuator is set to the front, and the internal leakage is caused by not closing the position;

Ultrasonic detectors (such as the CMIN 400-K type) are capable of detecting high frequency sound waves generated by leaks in pressure vessels and pipes. After being processed by the instrument, it is converted into an audible sound signal, and the strength of the signal can also be displayed on the LED bar graph. It can be viewed on the meter.

The XL2 valve internal leak detector is a robust, fully crystalized sound acquisition and amplification device. The instrument replaces the traditional purely mechanical stylus. The instrument is simple to operate and requires no field experience to operate the instrument flexibly. The instrument is suitable for pipeline maintenance and inspection of the factory. The instrument is mainly used to detect the leakage of liquid in the pipelines such as water and oil and the leakage inside the valve. After the high-sensitivity magnetic detector detects the sound of the liquid leakage, the sound signal is converted into a corresponding electrical signal, and the gain is amplified and displayed on the meter and transmitted to the earphone. The background noise can be filtered out by selecting the appropriate sound band.

Commonly used on natural gas pipelines is a fixed-shaft ball valve. The general inspection method is: turn the valve to full open or full closed position, and check whether there is leakage through the discharge of the valve body drain nozzle. If it can be drained, it proves that the seal is good. If there is always pressure discharge, the valve can be considered to have leaked, and the valve should be treated accordingly.