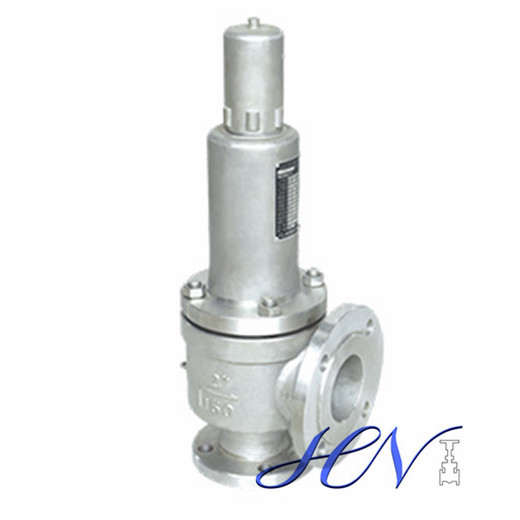 2. The main reasons for valve leakage,

3. Improper assembly or the size of the parts.

However, in the case of secondary extrusion of pressurized medium, it is unlikely that it is necessary to completely seal without leaking. Therefore, under the rated pressure environment, the safety valve with steam as the medium can be detected by the naked eye and the ear. The main reasons for valve leakage are as follows:

(1) Dirt and debris appear on the sealing surface, and the original sealed plane is blocked and separated, so that a gap occurs between the valve core and the valve seat, resulting in leakage of the valve. To solve this kind of problem, it is usually to deal with dirt and debris on the sealing surface. When the boiler is temporarily suspended for maintenance, the safety door must first be tested for running, and if there is leakage, it must be overhauled. The interval of the general run is 20 minutes after complete cooling.

(2) Damage to the sealing surface.

Firstly, there are many reasons, such as: the materials used for sealing are unqualified. After the safety valve has been used for many years, it is easy to weaken the strength of the sealing surface due to continuous switching, maintenance, etc., and the sealing ability is weakened. The recommended measure to solve this problem is to flatten the original sealing surface and perform secondary processing and welding according to the original drawings to enhance the hardness and strength of the surface. And pay attention to the damage on the surface, must not be sloppy.

The second is the quality of maintenance. Due to the poor level of inspection, the valve core and the valve seat cannot reach a certain level in the grinding process. The solution is to use grinding or even turning to repair the sealing surface as much as possible, depending on the severity of the damage.

The third is improper assembly or the size of the parts is wrong. During the entire assembly work, the valve core and the valve seat are not completely aligned, or there is a serious problem of light transmission on the joint surface. It is also possible that the seal of the valve core and the valve seat is too loose to be truly sealed. The solution is to strictly check the length and thickness of the gap along the valve core, and to ensure that the gap can not be lifted in each part of the gap, according to the data on the drawing to properly reduce the width of the sealing surface to seal.